Featured in the Guardian newspaper

Dying is becoming an increasingly pricey business: the average cost of a funeral was this week put at £3,700. But if you choose to do it all yourself, with an eco-coffin, a basic cremation and an estate car or van instead of a hearse, it’s possible to get the cost down to a fraction of that – perhaps as little as £400. 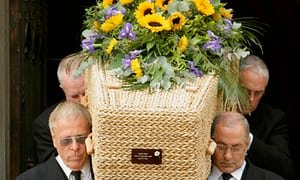 New research has revealed a growing demand for “alternative” funerals: whether that’s a coffin made out of cardboard, bamboo or banana leaves, or a “natural” burial in the countryside or even in the deceased’s back garden.

However, if that all sounds a little too unorthodox for your, or your relative’s, tastes, and you would prefer a more traditional send-off organised by a funeral director, make sure you shop around and obtain several quotes because firms operating in the same town or area often charge wildly different amounts.

There are around 500,000 funerals in the UK a year, and according to a report issued this week by life insurer Royal London the cost of dying has risen almost as rapidly as house prices. It says the average price of a funeral has gone up by £140 in the space of a year to £3,702, and that the typical annual increase in funeral costs since 1980 has been 6.1%, compared with average annual RPI inflation of 4%.

The report also highlights how the cost of a funeral continues to be a postcode lottery. Basic funeral charges range from £2,976 for a cremation in Greenock in western Scotland, to £7,216 for a burial in Beckenham, Kent.

Funeral directors’ costs typically account for the lion’s share of the bill. However, it is important to remember that you are not required to use a funeral director, and even if you do you are entitled to use a coffin bought elsewhere, says Steven Mitchell, who created CompareTheCoffin.com after being involved with a “terrible” funeral a few years ago. His website sells direct to the public, with prices starting from £245 for a plain cardboard coffin, as well as offering a comparison service.

“Around 20% of people I’ve spoken to are doing it themselves – they don’t have a funeral director and we just supply a coffin. We often ship direct to the hospital or mortuary – the staff there will put the person in the coffin. All you need to do is turn up with an estate car on the day and do it yourself.”

Many people are exploring alternative options. Life insurer SunLife, which is issuing its own report on funeral costs on Monday, says funeral directors are reporting a move away from traditional services toward more modern ones, particularly with a green focus. Of the firms it surveyed, 40% reported an increase in the number of eco-coffins (made of wicker, cardboard, bamboo etc), while 12% reported an increase in woodland burials.

Or how about blasting your loved one’s ashes up to a mile or more into the sky? CompareTheCoffin sells “ash-scattering rockets” which don’t go bang – instead, they shoot up into the air and a flap opens, releasing the “cremains” which are then dispersed by the wind over a wide area. 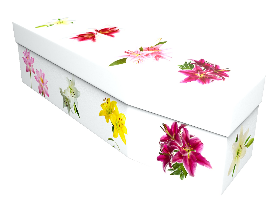 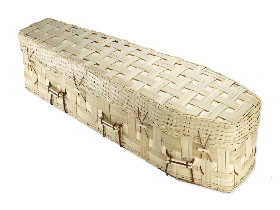 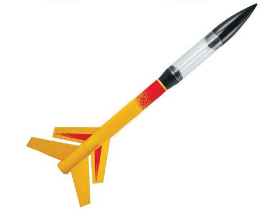 One of the big problems is that death often comes calling when we don’t expect it, and many people don’t get around to sharing their funeral wishes before they die. SunLife found that 99% of those organising a funeral don’t know all of the deceased’s wishes – with almost a third admitting they don’t even know if they would have wanted a cremation or a burial.