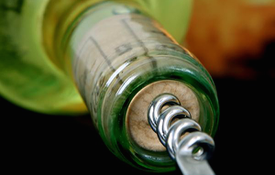 Janet wanted to arrange for her own very specific designed unique coffin and gave us real challenge. Additionally Janet wants to put in place a funeral plan to cover the cost of the funeral itself. I suggested that she gets several quotations.

There are several ways to get a funeral plan price, either go to your local funeral director, or contact the national funeral plan providers. People like the CoOp and Dignity both offer plan through their network, and then there are various insurance backed schemes – please like Golden Leaves. (N.B. other providers have a different provider but just re-badged, for example Age UK plan is actually provided by Dignity)

The key to this is to get several quotes so you can make sure you get good value.

So Janet went to her local CoOp Funeral Care branch – They provided her with a quote for her plan, but given the fact Janet has already design and arranged her own coffin, she didn’t want them to supply a coffin with her plan. The woman dealing with Janet then stated that she would have to pay an additional £200 to supply her own coffin as they would need to test it.

Janet then told Steven Mitchell of Comparethecoffin.com this story and he advised checking their terms conditions to see if there is something listed on there to explain this fee as it was a new one on him. Steven checked the CoOp website themselves and couldn’t find anything that described this fee.

“I cannot see in your brochure that an additional charge of £200 is payable when a coffin is bought elsewhere, other than at the time of completing a plan. I would appreciate clarification, as it was mentioned in discussion at one of your branches recently.”

If you have any further queries feel free to contact us here.

Thank you for your patience. I have spoken to my colleague and can confirm that you would indeed be able to purchase your own coffin from elsewhere and add that into your special wishes for your funeral plan with ourselves.

This clearly should never have happened and the staff member concerned clearly made up the charge. They didn’t count on Janet’s determined efforts to investigate and not be turned over. If something like this happens to you always ask to see were in the standard pricing and terms and conditions these charges are??

This is not the first time a funeral director had tried to charge family for using a coffin they have ordered from Comparethecoffin.com and the rules are very simple. No Funeral Director can refuse to use a coffin that you have order yourself or make a charge for doing so – i.e. charge a ‘corkage’ fee.